Design a site like this with WordPress.com
Get started
Skip to content
silvadivorce Child Custody April 8, 2020January 29, 2020 3 Minutes

Are you ready to commit to what could be a long and taxing battle for the full custody of a child? Most judges avoid granting full custody, so it’s a tricky topic at best.

It’s worth taking an honest look at why you want full custody.

The question to ask is, “What is best for the child?” It’s also the line of logic you need to prove your case to the courts.

Here are TEN STEPS to follow if you want to secure full custody of your child.

Do you have a lawyer, stacks of organized documents, and enough evidence on-hand to support your arguments? This is the level of thorough preparation required.

Evidence of preparation equates to a caring and resourceful parent in the eyes of the court.

In the spirit of preparation, let’s define the different types of custody.

Physical custody is the parent’s right to live with the child.

Sole legal custody means that no input is required from the other parent. The doctor, school, or religion to follow is up to the parent who has been awarded legal custody.

Full custody happens when joint legal and joint physical custody proves to be “bad” for the child. It usually involves a lengthy court battle, and this extreme outcome is rare.

Joint physical custody, joint legal custody, or a combination of the two equates to a joint custody arrangement. It entails visitation schedules (based on housing, work, and school) related to the child’s needs.

There are a few matters as important to discern in family court as:

4. Compose Yourself in Court

Don business-professional attire for court days and let the image carry over to your demeanor. Emotional outbursts, interruptions, or a focus on revenge will not help you convince the judge that you hold your child’s best interest at heart.

5. Prove Other Custody Arrangements are Bad for the Child

It is the crux of your argument.

Iron out a clear and succinct argument on why anything other than full custody is detrimental to your child’s well-being. You need evidence to prove your case.

The following factors tend to convince the court to grant full custody:

Don’t back down when your opponent makes a move against you.

8. Put Emotions Aside and Strive for an Agreement With Your Ex

The courts want to see that you are willing to cooperate with the other parent. It reflects that you have the child’s best interests at heart.

Read about which provinces or territories are in play, in terms of residence.

The laws vary depending on your location.

A wise pre-emptive measure is to request an in-home custody evaluation.

It shows that you are fully prepared for the process with nothing to hide.

Follow these ten tips to get full custody of a child and secure your family’s future. Remember to keep the child’s well-being at the forefront of all discussions and negotiations.

View all posts by silvadivorce 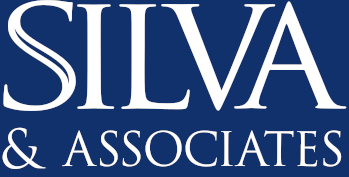 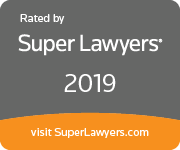 THIS WEBSITE IS NOT INTENDED TO PROVIDE LEGAL ADVICE

The materials on this website are for informational purposes only and are not legal advice. This information is designed to provide a general, educational overview with regard to the subject matter covered and is not designed or intended to provide financial, tax, legal, accounting, or other professional advice specific to your personal situation. If you determine that additional advice specific to your situation is needed, you are encouraged to seek such professional services.

IRS CIRCULAR 230 DISCLOSURE To ensure compliance with IRS requirements, we inform you that any U.S. federal tax advice contained in this communication (including any attachments) is not intended or written to be used, and cannot be used, for the purpose of (1) avoiding penalties under the Internal Revenue Code or (2) promoting, marketing or recommending to another party any transaction or matter addressed herein.